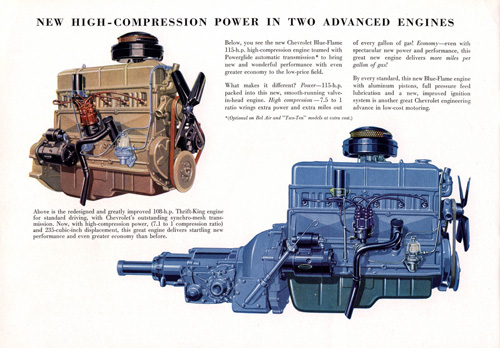 From 1901 to 1928, all GM vehicles were powered by valve-in-block four-cylinder engines. These engines were under-powered and inefficient. GM was looking for a suitable replacement and in 1929, the General introduced the world’s first mass-produced inline six-cylinder engine. From there, GM would go on to create a long line of inline sixes, cementing a place for the “straight six” in hot rod history.

In 1929, GM brought their brand new “stovebolt” inline six-cylinder engine to market. The new engine used an ‘Over Head Valve’ (OHV) layout, conceived by inventor and founder of Buick Motors, David Dunbar Buick. The term “stovebolt” referred to the use of ¼”x 20 slotted bolts on various engine components. They were similar to bolts used on cast iron wood burning stoves, which were popular at the time, giving a good reference to the time period.