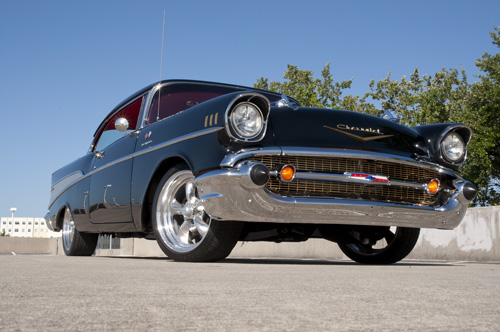 It feels great when you finally get the ’57 Chevy of your dreams!

In 1968 I went into the air force and was stationed in Cheyenne, WY. While I was there, a fellow airman was getting discharged and had a black ’57 Bel Air convertible. He couldn’t take the car with him. It had a lot of rust in the body, but it had a 3-speed overdrive tranny that I wanted. So, I bought #3 ’57 Chevy for $40. After removing the tranny and installing it in my hardtop, I hauled the convertible to the local salvage yard.