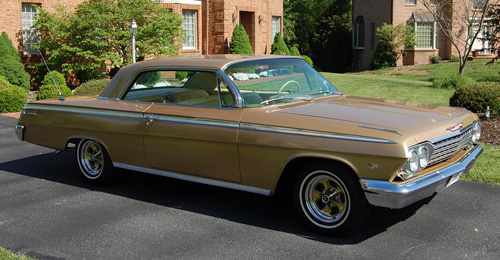 Putting it back the right way. Again.

It was 1963 and I was 16 years old when my dad purchased a 1962 Golden Anniversary Impala. I was with him when he took possession and remember the salesman stating there was only one Golden Anniversary car released per dealer. This stuck in my mind all these years, but I was never able to confirm it.

This was our family car that my mother, who was the primary driver, used to commute to and from work. She was always pulling notes off the windshield from admirers stating that if she ever wanted to sell it, call them. My father, who prided this car more than any other previously owned, always wanted it to be parked as far away from other cars as possible (to avoid others from “throwing their doors into it”). To reinforce this, he would periodically walk around the vehicle and confront my mother if he found a “nick” or “ding”.