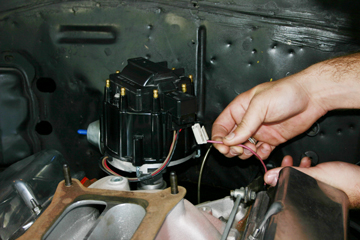 Tech
February 3, 2015May 20, 2019 Eckler's 823 Views
The vast majority of cars produced through the sixties and early seventies were all factory-equipped with a points type ignition. Although not likely to be considered the greatest manager of spark, at the time there was no other option. It was not until the model year of 1974 that GM offered the new HEI ignition system as an alternative. One year later in ’75, it became standard equipment for all, and with good reason. The GM HEI, which stands for High Energy Ignition, is a breakerless, transistor- controlled, inductive discharge system. It operates in a similar fashion to the conventional