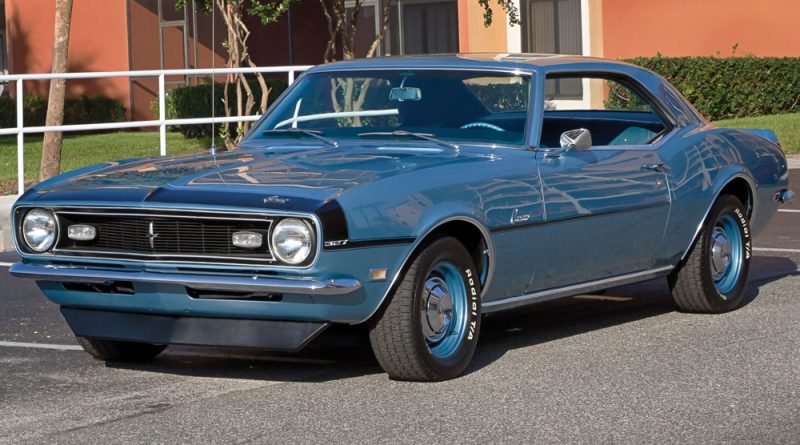 Feature
September 1, 2018June 6, 2019 Eckler's 646 Views camaro, Sep 2018
Alberto Ramos’ ’68 Camaro is the Star of Cape Coral Alberto Ramos of Cape Coral, FL, is the owner of this beautiful Grotto Blue 1968 Camaro Sport Coupe. He’s the third owner of the car, and has owned it for about four years. Built in the Los Angeles assembly plant in December 1967, this Camaro was originally purchased in California by a schoolteacher, and then was later sold to a gentleman who joined the Navy shortly after purchasing it. He put the car in storage in California until he got out of the Navy. When he got out of the