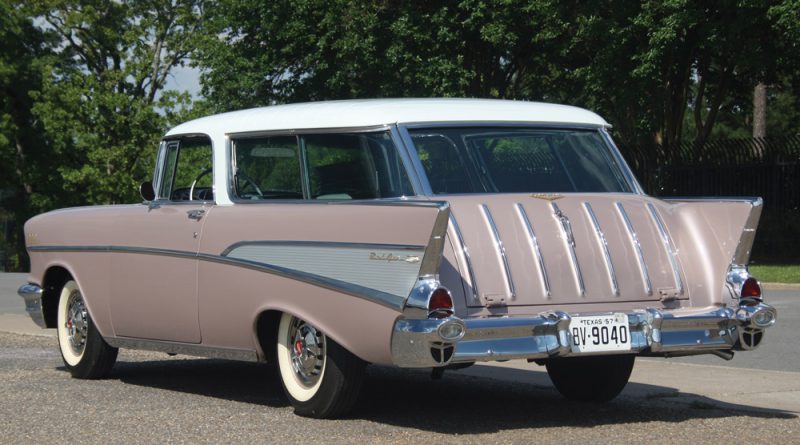 Cover
December 1, 2018June 6, 2019 Eckler's 673 Views Dec 2018
Steve White’s Dusk Pearl Nomad is a True Beauty By the mid-1950s, General Motors dominated the car market with about a 50 percent market share. Their Chevrolet division accounted for roughly half of that figure. Except for model years 1954 and 1957, Chevrolet was in first place in the industry losing only to Ford by a small margin in those two model years. Interestingly, the 1957 Chevys became very popular as used cars just a couple of years later – more so than the Ford – and remain so as highly sought collectibles today. The lack of a V-8 finally