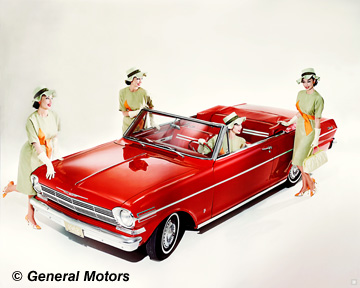 When GM introduced the Chevy II in 1962, no one realized what a following the car would have in the years to come. The compact car market was hot in 1960. Ford offered the Falcon, Mopar brought the Valiant to market, and Chevy offered the forward-thinking Corvair. When the Falcon outsold the Corvair, GM went back to the drawing board and quickly came up with the Chevy II, a more conventional compact to compete with the other major manufacturers.

The 1962 Chevy II was a water-cooled front engine, rear-wheel drive compact, unlike the Corvair’s rear engine, air-cooled platform. The Chevy II’s baseline engine in 1962 and ’63 was the 153 cubic-inch four-cylinder engine with an optional 194 cubiciinch six. A V8 engine was not offered, but that would soon change.