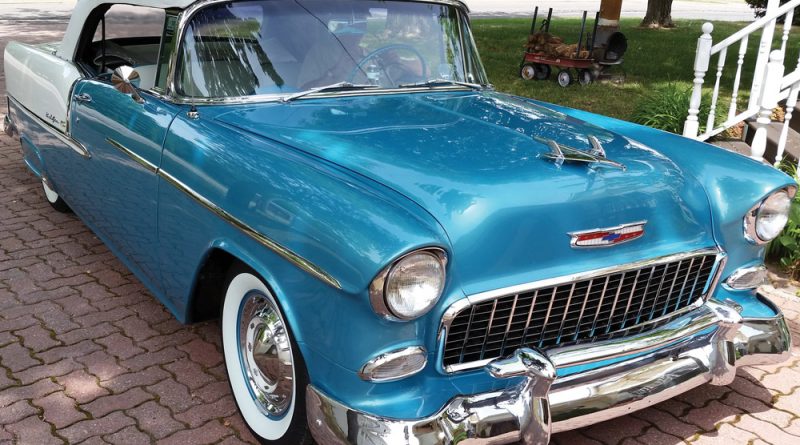 Feature
April 1, 2018June 6, 2019 Eckler's 880 Views 1955, Apr 2018, Bel Air
Wayne Milne’s ’55 Convertible Has a Long and Storied Career It was September 1961. I was 16 years old and about to get my driver’s license in January the following year. My father, Arnold, decided there was no way his kid was going to drive his old ’58 Chevy. Meanwhile, Gordie Ferry of Huntingdon had told him about a coworker at Toronto Dominion Bank in Montreal who had a ’55 convertible, which he’d bought new and now wanted to sell, as it was badly rusted out from city driving. Gordie made the necessary arrangements and we went to the city